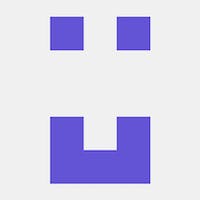 Subscribe to my newsletter and never miss my upcoming articles

I'm gonna list all the github repo's which are awesome stuff having awesome list gives you more interest in digging into open-source, learning stuff and building a lot cool things ;)

Believe me they are really awesome

Let's think we are beginners and wanna learn stuff that makes us more confident and enthusiastic. Here's the repo that helps you get started.. :)

This list contains the A list of awesome beginner-friendly projects. Which is easy to get started and to learn or use..

Well, if you're the lover of Python language and it's wide spread community packages, I hope this repo if for you..

This repo contains all the packages related to Python sorted by category like Audio,Gaming,Utilities,Web development etc..

Yea, I don't forget JS it's the most loved programming language around the world(even I do). If you're lover of react,vue,react-native,electron or many other popular frameworks which are developed in JS

here are some awesome lists for you

This list contains the awesome resources and UI libraries for react, believe me it solved so much time made me eager to learn react

React-native is used for developing cross-platform applications in JS with react, so react is must to get started ;)

Electron is used to built cross-platform Desktop applications(mac,windows,linux), developed by github used in editors like VSCODE,ATOM and applications like discord,slack etc..

And finally all about JavaScript

Check this repo, you'd finally you might know something for sure

Choosing one between all of the above is the tough choice, instead why don't we use native method to build applications? Coming to Android we can use Java or Kotlin, for IOS we can swift,Objective-c

At last here we are... I heard algorithms are the core pillar of programming, Yes?!

That's it I've found these 5 awesome lists are awesome to learn and have look at it.!

Thanks for reading and learning

Don't forget to react if this article helped your way :)